All topics and discussion about the first Consortium game. No bug reports please.
Post Reply
8 posts • Page 1 of 1

This is only the second time I've ever seen this but... 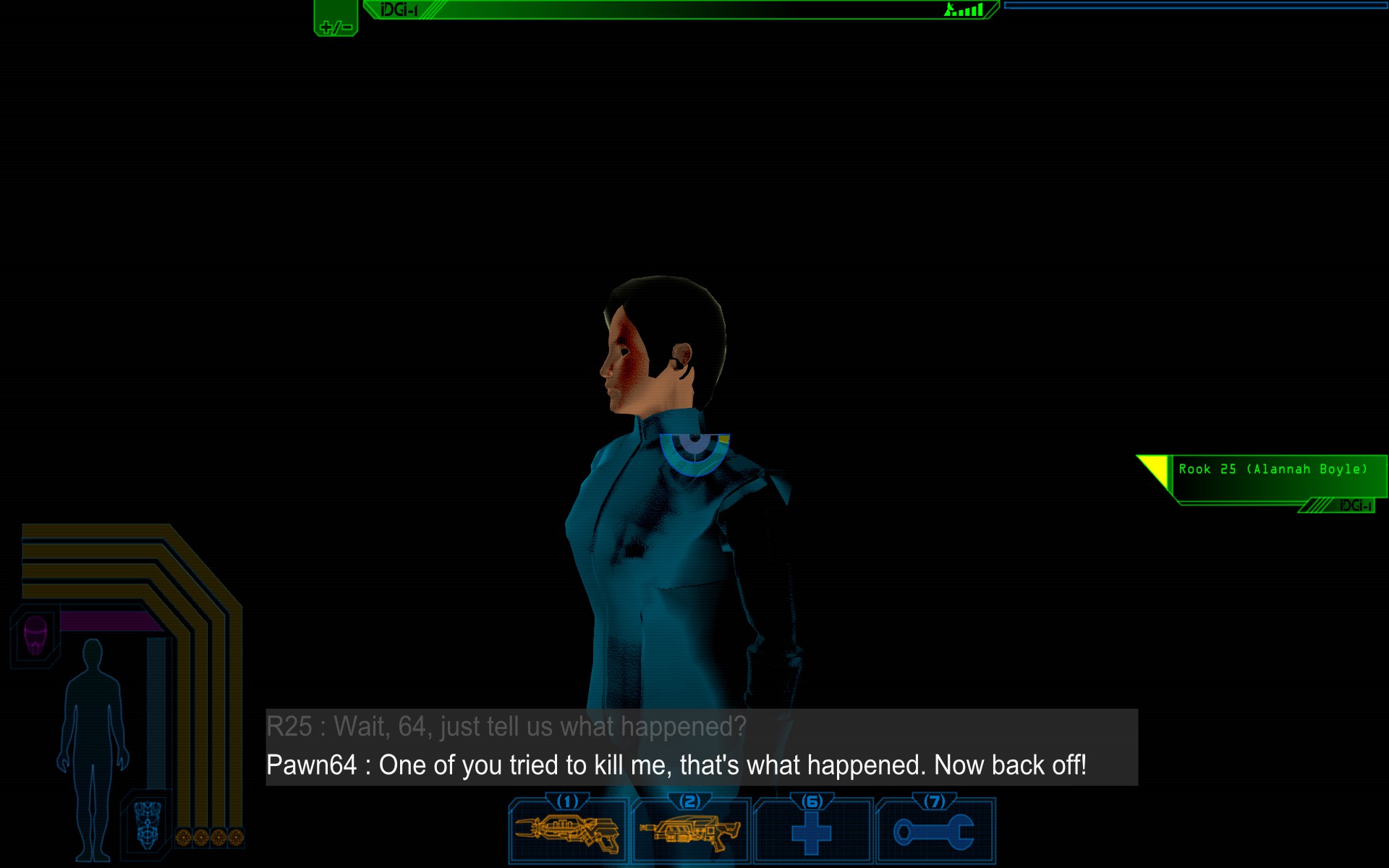 I have the tiniest of inklings on at least what's happening but this isn't enough to confirm.
Do you have a save from which you can reproduce this?
Top

It always begins when loading from a save but the save does not cause the bug; moreover, loading a different save keeps the bug. The only way to fix it is to restart the game.

Do you have anyway of making it happen reliably?
Top

Unfortunately, no. The only idea I have is to load repeatedly until it bugs out. I have no idea how many times...or the circumstances...it would require to make it happen.

I think, in both instances it occurred, the save was mid-dialog. As you can see from the picture, that one was taking during all of the dialog where Pawn 64 leaves Bishop 6's cabin. I think it's irrelevant though because dialog shouldn't be tied to...that.


Like I said, it's rare. In the 100-200 hours I put into the game, I've only seen it twice. Come to think of it, both times it occurred on the Steam version (1.25). I never saw it on GOG but I'm also confident the GOG version was older. It could also be based on graphics card/driver. The two times it occurred was on GCN architecture (290X and 390 I believe--fundamentally the same GPU). When I played the GOG version, it was running on HD 5870.


The unique look of it is about the only hint as to what happened.

I remember seeing a video that showed really early prototypes of the game (like 2011). The appearance of Rook 25 reminds me of that--like the fancy custom renderer died. I assume the only way to reboot the renderer is to restart the game.

Edit: I'm thinking the video is unlisted. Not being able to find it is driving me nuts.

Okay. Well, if it happens again, I want you to do two things: 1) look around in the blackness to see if you can find a bright light (kind of like the sun) out there in the void somewhere. 2) Punch and take a screenshot of what your fists look like.

This looks kind of like what happens if lighting isn't properly triggered when the level loads. But the only time I've seen anything similar is when loading the second level from the console (and thus starving it of input variables from the previous level).
Top

1) 70% sure there wasn't. When I was trapped in the room with Pawn 64 sitting by the door, he was barely visible. I mean so invisible the whole world looked pitch black except a very faint outline of Pawn 64. As he started to stand up, his outline became more visible but even after he left the room, he wasn't as visible as Rook 25 is in that picture. That said, I don't think I ever did a 180 to see exterior windows. I was pretty fearful of letting Pawn 64 out of my view at that point.

In case you're wondering, the walls were definitely there. Pawn 64 went to the left and he vanished like he should have. Pawn 25 in the picture is looking at him as he is going to the elevator.

If the lighting being messed up can cause their eyes to vanish/turn black, it seems plausible. Except for characters, there was zero light that I saw.


Loading second level from console just: map zenlil2? I can check that pretty quick to see if the symptoms match. 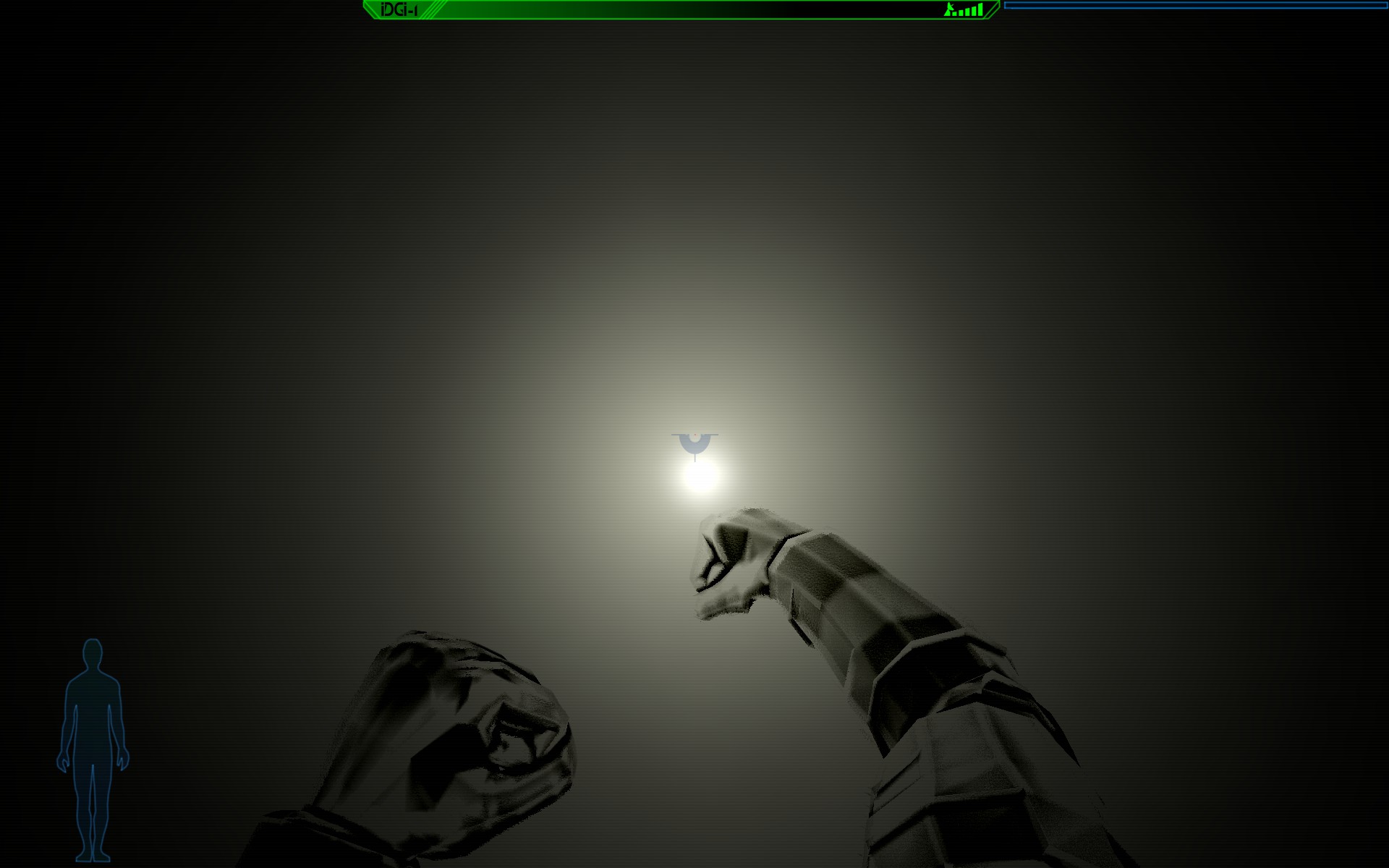 I'm thinking that's not quite what happened.

Edit: Rook 25 between player and sun: 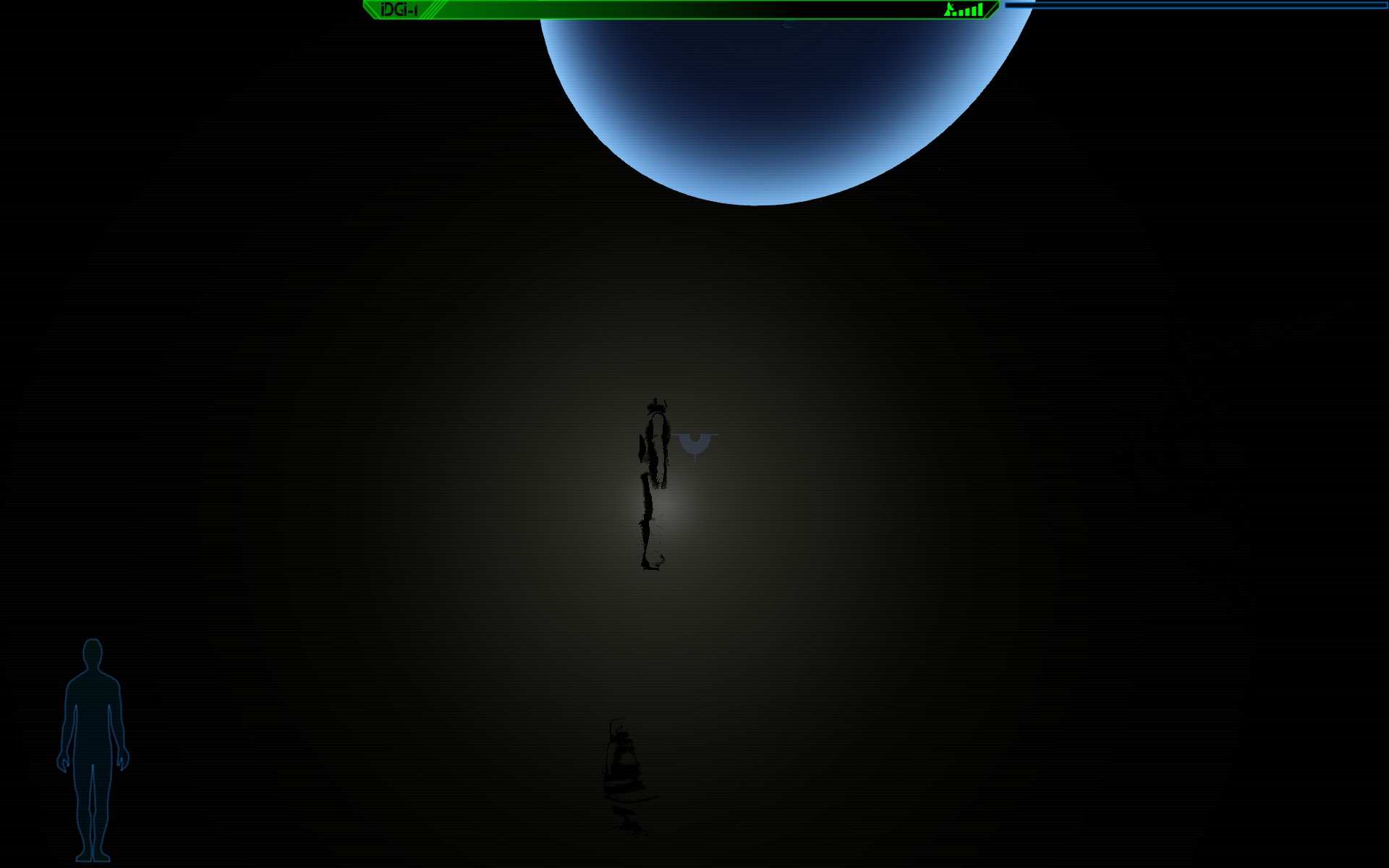 Return to “Consortium (Game One of the iDGi-1 Trilogy)”